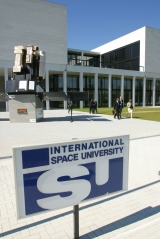 Alumni representative report to the ISU Community (wrt to...

[Disclaimer: This report was not endorsed by ISU HQ and represents the views of the Alumni Representative to the BOT]

This report blends information presented at the BOT50 as well as communication between the Alumni Representative and a number of ISU Executives/staff (e.g. external relations/alumni affairs/IT) together with thoughts/suggestions/input from the ISU Alumni Organisation Presidents/Working Group Chairs.

Most Alumni Organisations, ISU’s Head of External Relations, Alumni Affairs POC (point of contact) at ISUHQ and the Alumni Rep concurred that there is a need for a new communication tool to reach out to the alumni which needs to be put in place

Prior the Alumni Rep’s arrival in Strasbourg, ISU independently decided to consolidate communication to the Connect2ISU platform (which was welcomed)

Although the old ISU Talk/News e-mail was considered outdated, the Alumni Rep reiterated the previous ISU President’s phrase that the institution is now inter-generational (i.e. the 4th“i”) and that e-mail should be kept as an option – as a daily e-digest similar to the AIAA’s Daily Launch

Encourage the establishment of Regional and National Alumni Organisations

One element which has proven to be profit making is the ISU Research aspect led by Dr. Angie Bukley

Both the Austrian Space Forum (ASF) and the Alumni Rep came up with an idea (again, independently) that the alums could team up with ISU Faculty and bid for contracts

The collaboration would not be under the ISU banner but as an independent joint venture entity.

This effort would be a win-win situation since a successful contract award will result in;

The Alumni Representative felt that in order to finance an independent Alumni Organisation, an independent fund raising effort would be required which will avoid those that already;

In order to locate a partner within the ISU community, the fields within the Connect2ISU database should be enhanced to include;

If any alums wish to contact me directly, they can do so at BOT.AlumniRep@community.isunet.edu